Amarantus BioScience Holdings, Inc. is a publicly traded biotechnology company focused on developing therapeutic products with the potential for orphan drug designation in the areas of neurology, psychiatry, ophthalmology and regenerative medicine, and diagnostics in neurology.

The Company’s lead therapeutic program, eltoprazine is a small molecule indicated for the treatment of Levodopa-induced dyskinesia, one of the most difficult problems facing patients with Parkinson’s disease. Eltoprazine commenced a Phase 2b clinical trial in the second quarter of 2015 with results from the study expected in 2016. Eltoprazine is also being evaluated for the treatment of adult attention deficit hyperactivity disorder (ADHD) and Alzheimer’s aggression.

Amarantus recently completed the acquisition of Cutanogen Corporation (Cutanogen) from Lonza Walkersville, Inc., a subsidiary of Lonza Group Ltd. Cutanogen has an exclusive worldwide license to intellectual property rights associated with Engineered Skin Substitute (ESS). ESS is a full thickness skin replacement product prepared from autologous (patient's own) tissue-engineered skin cells in development for the treatment of severe burns. ESS received orphan drug designation from the FDA for the treatment of hospitalized patients with deep partial and full thickness burns requiring grafting. Amarantus expects to commence a Phase 2 study of ESS in the U.S. in the third quarter of 2015. Amarantus is also developing MANF (mesencephalic-astrocyte-derived neurotrophic factor), which was discovered by the company’s own discovery platform, PhenoGuard. MANF is being developed for the treatment of brain and ophthalmic disorders and has received Orphan Drug Designation from the FDA and the European Medicines Agency (EMA) and the European Medicines Agency (EMA) for the treatment of Retinitis Pigmentosa.

The company’s diagnostics division, Amarantus Diagnostics is dedicated to the development and commercialization of neurology diagnostic products. The company’s lead diagnostic product, LymPro Test® is a blood based assay to diagnose Alzheimer’s disease and is approved for investigational use only to be used in biotech and pharmaceutical clinical trials. Amarantus Diagnostics is also developing MSPrecise®, a proprietary, next-generation DNA sequencing (NGS) assay for the identification of patients with relapsing-remitting multiple sclerosis (RRMS) at first clinical presentation.

Mr. Commissiong is President & CEO, Co-Founder and a member of the Board of Directors of Amarantus Bioscience Holdings, Inc. Mr.… View Full Bio

Dr. Commissiong has served as the Chief Scientific Officer and a Director of Amarantus since co-founding the company in 2008. Prior to… View Full Bio

Prior to joining Elto Pharma, Dr. Trzepacz was the Chief Medical Officer at Neurotrope from June 2016 to September 2016, and has served as… View Full Bio

Prior to joining Cutanogen, Dr. Kagan had retired from a career as a tenured Professor of Surgery at the University of Cincinnati College… View Full Bio

Dr. Commissiong has served as the Chief Scientific Officer and a Director of Amarantus since co-founding the company in 2008. Prior to… View Full Bio 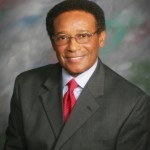 Mr. Harris has served as a member of the Board of Directors of Amarantus since December 2010. Harris is a retired vice president of… View Full Bio

Be the first to receive breaking news